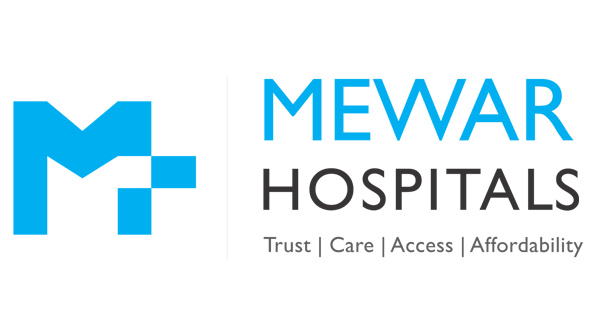 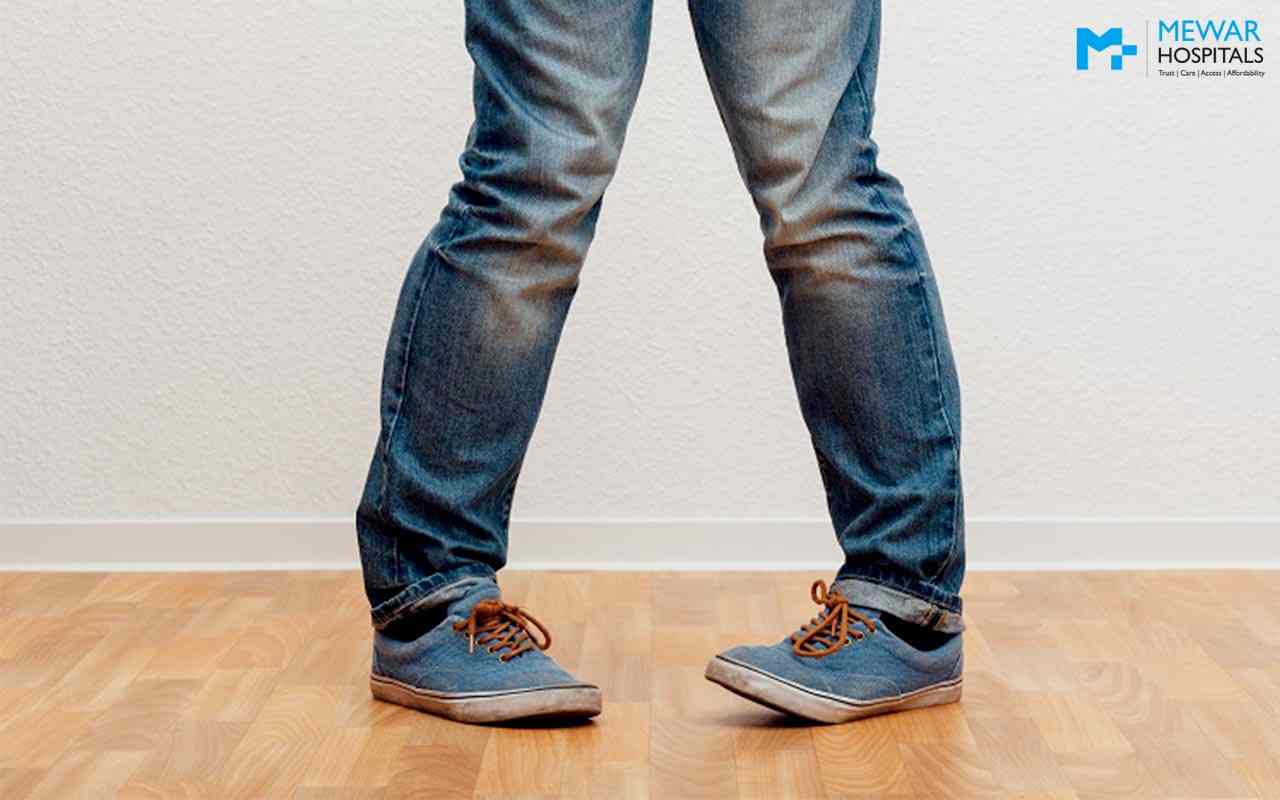 What are Knock Knees?

Knock knees, also regarded as genu valgum refers to a knee misalignment. This condition is usually observed in young children. A person with this kind of problem experiences a large gap between his ankles while standing with the knees together. Their knees bend inward and the ankles remain apart. Many young children suffer from knock knees. Although, it proves to be a normal part of their development and the legs straighten automatically after 2-3 years. Still, you need to be aware of one important thing that knock knees can be an indication of an underlying condition that requires treatment. Particularly when it happens to older children or adults and doesn’t fix over time.

This condition is assessed normally by measuring the angle of the shinbone to the thighbone. Or it can be done by measuring the distance between the ankles. In some cases, there can be a need for some photographs or X-rays to analyze such measures.

Know Something about the Knee Anatomy

Our knee is one of the largest joints in the body that connect two bones, the thighbone (femur) to the shinbone (tibia). Two other bones that make the knee joint are the tibia (fibula) that runs alongside the tibia and the kneecap (patella). Our knee is a hinge joint and stands as one of the important aspects of weight-bearing. Some major components of the knees are ligaments, tendons, cartilage, and bones. Our knees not only help to deliver stability, but also assist to lower and raise the body. Along with that, it permits twisting of the leg and makes our walking more efficient. It also acts as a shock absorber.

Apart from the bones mentioned above, there is a presence of two different types of cartilage inside our knees. The first one is the meniscus. With its help, the knee bones can move through their range of movement without rubbing each other. The second one is articular cartilage that is situated on the femur, in the backside of the patella, and the top side of the tibia. It supports the bones to move smoothly over the other. Both of them act as shock absorbers.

After that, tendons are tough bands of soft tissues and yet another source of delivering stability. They are like ligaments but have different job roles. Instead of connecting bone to bone, they help to link bone to muscle. Now, talking about the muscles, they don’t technically stand as a part of the knee joint. Still, the two muscles, hamstrings and quadriceps help to strengthen the leg and assist to flex the knee. Apart from these components, there is a bursa that stands as a small fluid-filled sac within the knee joint. It helps to avoid inflammation and lessen down the friction between the tissues of the knee.

The first thing you’ll notice in this condition will be malaligned knees. Additionally, some other knock knees symptoms are also there to observe. For example, knee pain, stiff joints, and walking with a limp. Even if there is an occurrence of stressed muscles or ligaments, a person can experience pain in the hips, ankles, or feet. Some other symptoms following knock knees include:

For many people, children look cute while obese. But do you know obesity in children is one of the known causes of knock knees! Even this condition can make knock knees more severe. That’s why; parents need to take proper care of the fitness standards of their child. If a child is overweight, it will put extra pressure on the knees. Some other knock knees causes include injury or infection in the knees or legs, bone malformation from rickets, other bone diseases, or arthritis in the knee joints. Even it can be due to benign bone tumors, growth plate injury, bone infection, fractures that heal with deformity, or metabolic disease.

This kind of condition can be developmental, congenital, and post-traumatic. Further, it can lead to problems like pain, instability, deformity, and progressive degeneration.

Some Causes Of Knock Knees In Children

There are several causes behind knock knees in children. For example,

Some Causes Of Knock Knees In Adults

Apart from young children, this problem can occur in adults as well. People may suffer from such conditions due to:

For those who don’t know, rickets is a skeletal disorder that leads to softening and weakening of bones in children. This is mainly because of deficiency of vitamin D and may also be due to lack of calcium and phosphate. These things are helpful for the development of strong and healthy bones. Some rare inherited problems also account for rickets.

You can observe the problem of rickets mainly in children aging between six months to three years. Lack of vitamin D may be due to lack of enough sunlight, inadequate vegetarian diet, and avoiding milk products. Remember, one of the main causes behind rickets is lack of vitamin D. That’s why; make sure that your child and the rest of the family achieve a proper value of vitamins and essential minerals. Sometimes, rickets can also be due to metabolic and genetic conditions.

Some signs and symptoms following rickets include bone pain, tenderness, slow bone growth, muscle weakness, bowed or curved legs. Even there can be an appearance of an unusual shape to the ribs and breastbone, dental cavities and irregularities, etc. Some other symptoms of rickets are softening of bones and wide joints in the wrists and elbows. If your child suffers from rickets, you can talk to our Pediatric orthopedic doctor for professional assistance.

To diagnose knock knees, the surgeon will have a look at the medical history of the patient. He may also inspect some other things like pre-existing conditions, patient’s current health, and family history. The patient will have to go through a physical exam of the legs. The surgeon will have a look at how the patient stands or walks. There will be a need to access the knee alignment angle, inequality in the leg length, or uneven wear on the shoes’ soles. Additionally, there can be a need for some other observations. One of the fine ways to diagnose the condition of knock knees is a standing X-ray. To examine the bone structure, the surgeon may also guide towards an MRI.

Parents have a great concern for the well-being of their children. If they notice something unusual with the way their child stands or walks, they need to consult a specialist. Mewar Hospitals is here to assist such parents with the presence of a fine pediatric orthopedic surgeon. So, you can visit here if your child suffers from knock knees that don’t fix even after a particular interval. One of the main objectives behind the treatment of knock knees is to correct the alignment of the limb. The surgeon also attempts to prevent the progression of the disease and lessen down the risk of joint degeneration.

The treatment of knock knees is also based on the cause and severity of the symptoms. The surgeon may advise vitamin D or calcium supplements that will help to restore the levels. Even there can be a need to recommend some nonsteroidal anti-inflammatory drugs. This is usually done when over-the-counter medicines don’t work in favor of the patient.

Exercise is a helpful source to realign the knees. This is because exercise along with stretching can support strengthening the muscles. Based on the walking (gait) of the person, there will be a recommendation of exercises.

As we mentioned obesity as one of the causes behind knock knees, it is important to cut down excessive weight. Additional weight along with the strain on the knees and legs can put a person in trouble.

If someone has an unequal length of legs due to knock knees, a heel is placed into the shoe on the shorter part. This is done to equalize the length of the leg and assist to regularize the walk (gait). Taking help from orthotics may also support alleviating leg pain.

Although, surgical options used in the treatment of knock knees are rare. But, it may be implemented when the conditions become severe or persistent. There can be a usage of guided growth in which the surgeon places small metal plates inside the knees. With its help, their development will be corrected over a period of nearly twelve months. Once the treatment is completed, the surgeon eliminates those plates.

Next, there is an option of an osteotomy. Here, a slim wedge of bone is eliminated from the leg bones. This is done to realign them into the correct position. To fix the bones in their new position, there is a usage of plates and screws. Both these surgeries are usually done with the help of general anesthesia. After completion of the operation, the child can start walking again. After knock knee treatment surgery, one of the important parts is physical therapy.

What Are Bow Legs?

You can understand this condition as opposed to knock knees. Also referred to as genu varum, the legs curve outward at the knees whereas the feet and ankles touch. In many cases, it also goes away without the need for any treatment. But remember, it can be an indication of an underlying disease. For example, Blount’s disease or rickets. Even there can be a presence of arthritis in the knees and hips. The problem of bowlegs is mainly observed in infants due to their cramped position in the womb. In the cases of bow legs, a child may face some issues like deformity in the legs, problems in walking and running, and a higher risk of arthritis in later life.

Some of the causes behind bowlegs include rickets, Blount’s disease (bone growth disorder in the shinbone), a fracture that doesn’t heal properly, abnormal development of bone, and lead or fluoride poisoning. This problem can remain until the age of three, but if something unusual happens even after three, consult a specialist. Some of the symptoms that you can observe in a child regarding bowlegs include:

* Physiological genuvarum of children less than 2 years of age.

* Decrease range of movement in the hips

* Knee or Hip pain without any injury

* Parallel bowing in both the legs

* Bowed legs that remain or worsen after the age of three.

Regarding the diagnosis of bowlegs, a pediatric orthopedic doctor will examine the condition of the child. There can be a need to implement some tests according to the child’s condition. For example, blood tests for checking out the deficiency of vitamin D or calcium. Even there can be a need to perform an X-ray to find out the problem with leg bone growth. The surgeon may also observe the way your child walks to verify any abnormality.

In many cases of knock knees, the condition resolves itself before the child achieves its adolescent age. But if it doesn’t happen, treatment becomes important. It will not only lead to misalignment of the legs and unusual walking or standing patterns but may also give rise to some other problems with joints and muscles, like osteoporosis. That’s why; try to seek medical treatment in necessary cases. For that, you can visit Mewar Hospitals that is located in different cities of Rajasthan and Madhya Pradesh. We will try to deliver fine services under the guidance of our senior and expert surgeons.

Talk to the best team of expert Doctors in the country today for all your treatment queries.

Request a Call Back

Kindly fill in your details for Consultation